I usually post in English on this account. For German and slightly less gay toots please visit @juni.

I am Juni, your friendly fat queer old hag from next door. I am a transfeminine enby, a bit of a bore, journalist by trade, I live in what germans call a big city, and I want to outsleep (or, depending on my mood, overthrow) capitalism and install fully automated luxury gay space communism with extra-well appointed darkrooms.

Is there any site on Fediverse whose target users speak Modern Greek, Latin, or Modern Hebrew? I haven't found any so far. Not even any user who speaks these languages, although I did find that Mastodon had been translated into Inuit languages, Arabic, and two of the languages above by volunteers.

I am wondering if I should build a site to attract the speakers of this language...

Although I don't know how to build anything yet.

Or... is this site the one already?

I'm thinking of doing a cursory job search here. Got a bachelor's in Comp. Sci., plenty of networking experience, some range of full stack web dev., and work experience as a test automation engineer. Can commute if needed. Please boost and HMU if you've got any openings! (DM if you need to know location-wise where I am)

extremely cursed picture with penises in it

So I finally killed my Goodreads account because I'm trying to limit my Amazon usage to as little as possible and switched to Storygraph a Black woman-owned book tracking platform that uses machine learning for making suggestions, which are disturbingly accurate.

The cool part is that it consumes GoodReads exports so you have all you're reading data.

You should sign up. And when you do, hit me with a link and I'll follow you. 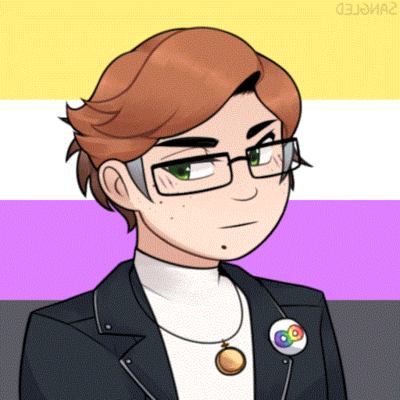 another Beowulf joke (last one for today, promise)

starting every message with "Hwæt!" today

This refers to different (partly historical) approaches on translating the Old English epic poem "Beowulf", which starts with the somewhat enigmatic expression "Hwæt". The more recent expressions used in the screenshot are from this New Yorker article on the latest (and, to me, most interesting) effort by Maria Dahvana Headley, who introduced "Bro!" as a translation for "Hwæt": https://www.newyorker.com/magazine/2020/08/31/a-beowulf-for-our-moment

this might be the most sophisticated joke I have ever pulled

On the difficulties of beginning a toot

The body is political

Heavy Metal for kindergardeners (i.e. for me, obviously) / mention of drugs

Heavy Metal for kindergardeners (i.e. for me, obviously) / mention of drugs

as someone wrote in the comments: "They did all the drugs so we don't have to"

Heavy Metal for kindergardeners (i.e. for me, obviously)

No, I am not ashamed. This stuff is beyond shame

Heavy Metal for kindergardeners (i.e. for me, obviously)

Work is boring today, so I give you the kind of music I am listening to ATM: Gloryhammer - Hootsforce https://www.youtube.com/watch?v=BkUAzcja74Y 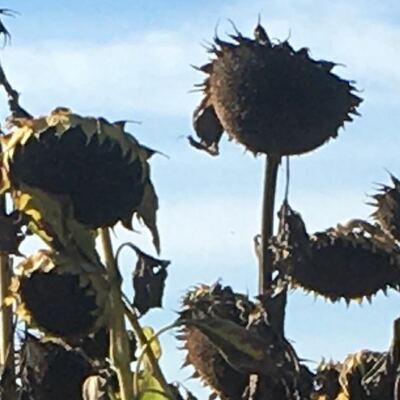 happy pride month to everyone who isn't out yet. it's good to have you here.

Wrote this for gays coming stay with us this summer; posting here in case it helps others.

* Google Maps doesn't have everything, use the Deutschebahn (DB) app.

* Buses may have several paths (marked as A/B/C etc. on signs). The apps know about this, but remember to check again if you switch times.

* Other than in airports, there's no English announcements. Beware last-minute platform changes.

* Cheapest train tickets are the Sparpreis discounts acquired online. They have three disadvantages: you only get good prices well in advance, you have a fixed time of departure, and if you miss it you lose the money.

* Other cheap alternatives: Flixbus, Flixtrain, asking a friend who can bring companions for free, carpools, go with the Kurd bus to Kurdish demos, Schwarzfahren (black rides: get in without paying and dodge the train cops. there's no turnstile, but getting caught costs 60€)

* For June, July and August 2022 there's a 9€/month promo ticket that works everywhere for all public trains/bus/etc., except the fast long-distance ones (ICE and EC/IC).

* First class seats cost extra. They can be nonobvious in some trains and if you don't have the right ticket, train cops will fine you 60€. Look for "1" or "2" signs.

* Delays and missing trips are frequent, as is missing connections.
- If you paid for a specific trip and missed a connection, you're entitled to use the fancy ICE trains, anything that takes you home.
- If you're >60min late, there's an option in the app for a partial refund.

* U-Bahn is often underground, but it's been (re?)defined as the "unabhängig" (independent) train, not necessarily "untergrund". It has a line for itself, unlike S-Bahn which shares lines with express trains. But often they go aboveground part of the line and dispute street passages with cars, like STR (trams). So the difference between U-Bahn and STR may get mushy. U-Bahns tend to be bigger, faster, and be underground at least part of the way.

* allow time to switch, train stations can be confusing and poorly signed. DB-app will give you the platform, but not Gmaps. Sometimes the namespaces clash for different train types (so the same station has Gleis 3 for intercity trains ≠ U-Bahn Gleis 3 underground). STR and bus stops can be especially tricky to find. For STR look for train tracks on the streets; if there isn't any look for U-Bahn signs for underground access, STR and U-Bahn often share stops.

* Ticket benefits such as bringing a companion can have different zones of validity than the ticket itself (I can bring one person to Düsseldorf but not Köln, even though I can go to Köln; also if I had the equivalent ticket while living in Köln, I would be able to bring ppl the full distance the other way.)

* If you buy little paper tickets on machines, without a time of departure written on them, remember to stamp them when boarding. Failing to do so makes you vulnerable to train cops (train cops fine you 60€ for any irregularities, and they tend to be merciless.)

The beginning of the month is a good time to remind everyone that you can support my music-making and my livestreams on Patreon: https://www.patreon.com/the_emergent

I usually post in English on this account. For German and slightly less gay toots please visit @juni.